The game table, which sat right next to the cookies & milk bar, was not nearly as cute or exciting as the other tables. I think it really needed a fun backdrop to give it some pizzazz. 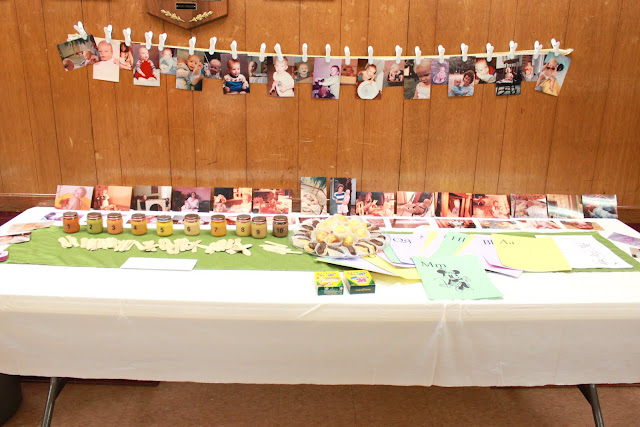 However, it still featured one of my favorite details for the whole shower--baby pictures of Sarah & Rob. If you are planning a baby shower and you can do this, DO IT! It's such a sweet touch and EVERYONE loves looking at the pictures. I probably could have found a cuter way to display all the pictures, but we were out of time and this accomplished the goal. 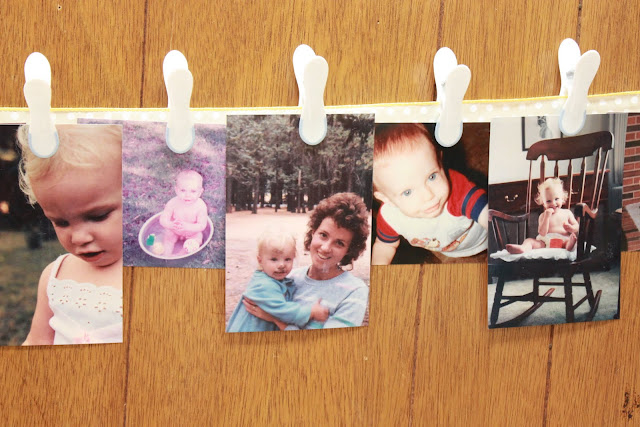 This part of the shower project was a lot of fun for me since I got to go through both Sarah & Rob's baby albums and coo at each and every page before picking out pictures and scanning them. 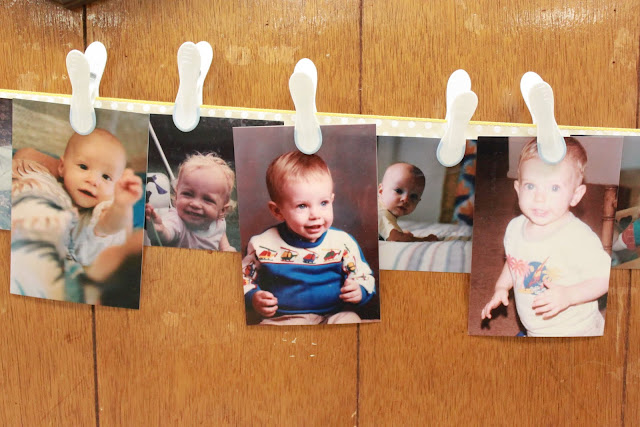 Getting ahold of Rob's pictures was easy. I just had to ask his Mom if I could borrow a few albums for a while. 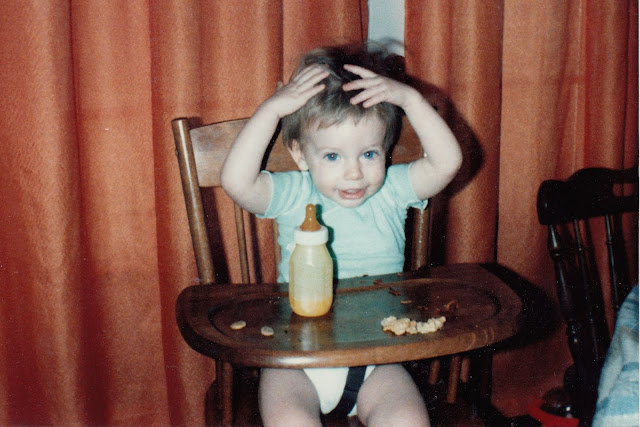 Sarah's pictures? Well, I had to be a bit more sneaky to get my hands on those since she is the one in possession of them. 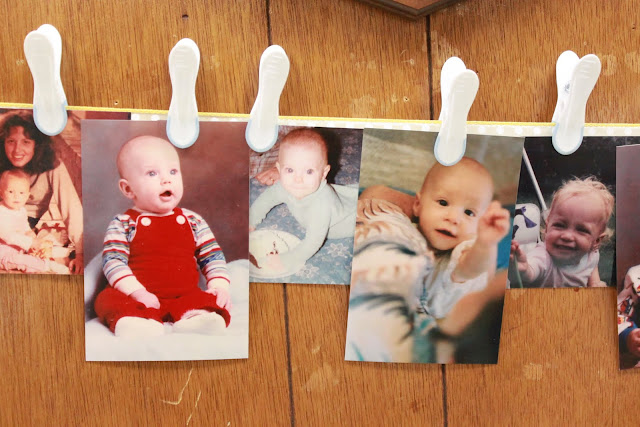 When we visited Sarah & Rob last December for some extracurricular thrifting fun, I packed my portable scanner and brought it with me. Fortunately for my sneaky plan, Sarah and Rob are lame and go to bed by about 11pm every night (who does that?!). It was easy enough to swipe Sarah's baby album off the living room bookshelf and lie on the floor scanning album pages into my laptop. 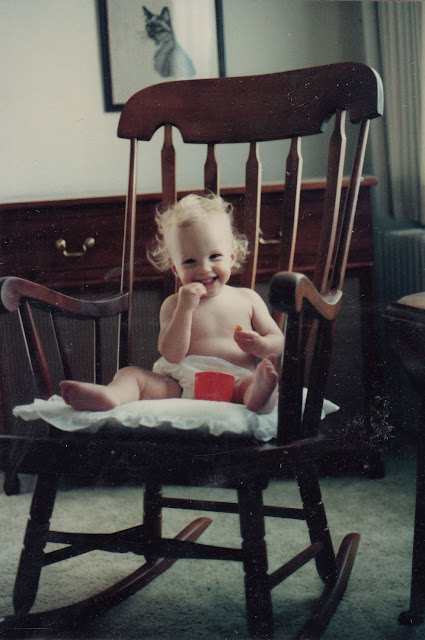 Alice (Sarah's brain-damaged cat) was not pleased that I was the only human still awake in her domain. She kept pacing in wide agitated circles around me the whole time--like a hungry (and demented) tiger. We made eye contact a few times and I gleefully informed her that I would punt her across the room and then feed her to the wolves outside if she even thought about making a move. I may have been sitting with the spray bottle at the ready in case she decided to maul me. The stupid cat hates my guts for. NO. reason. And she doesn't seem to like scanners either. Good. I hope the noise was terrible and gave her kitty nightmares. Stupid cat. 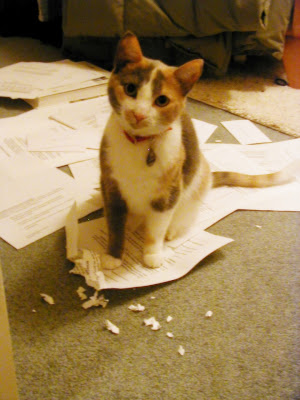 That last bit makes me sound like a cold-hearted cat-hater, but in reality Alice is actually a demon robot sent from outer space to annihilate me. Probably with lasers. So, my enmity is understandable.

Having scanned a bunch of 3x5 baby pictures of both Sarah and Rob (and survived kitty death glares), I went through and recropped all of them so that their proportions were correct for a 4x6 format and then sent them to CVS. I was very surprised with how well they came out in the larger format. After the shower, I gave all the pictures to Sarah to do with as she likes. 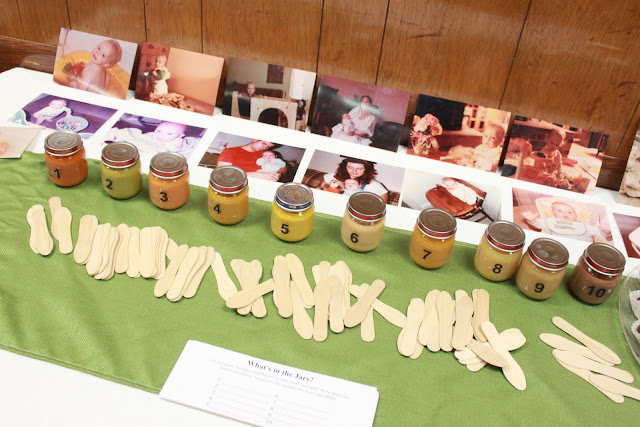 Everything else on the table was related to shower games/activities. 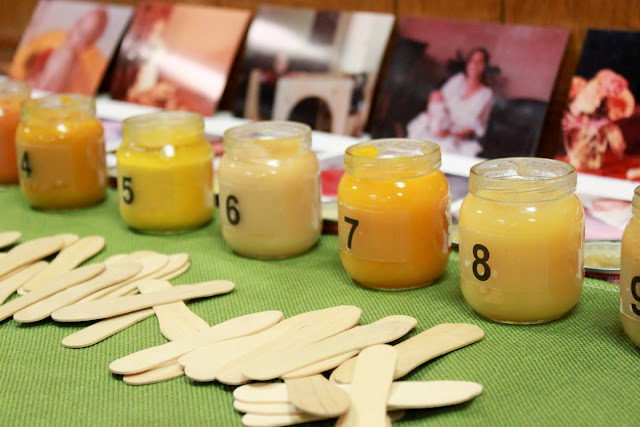 Oh, silly shower games. We had some common shower games such as guessing Sarah's baby names A-Z and tasting unlabeled baby food and trying to identify it. 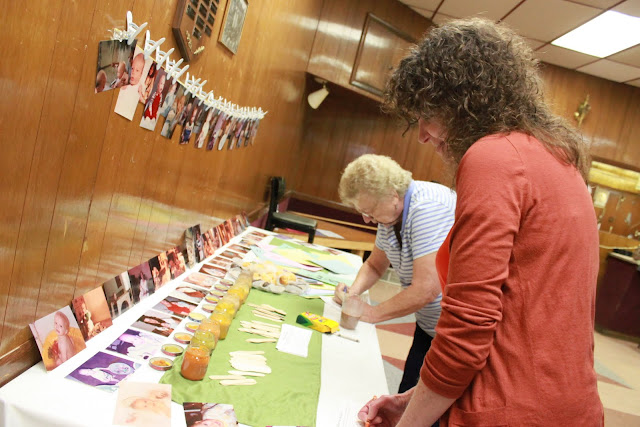 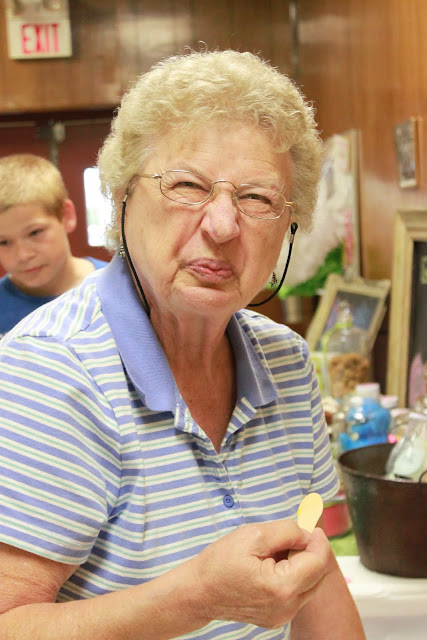 But my favorite activity was the Baby Shower ABC book. 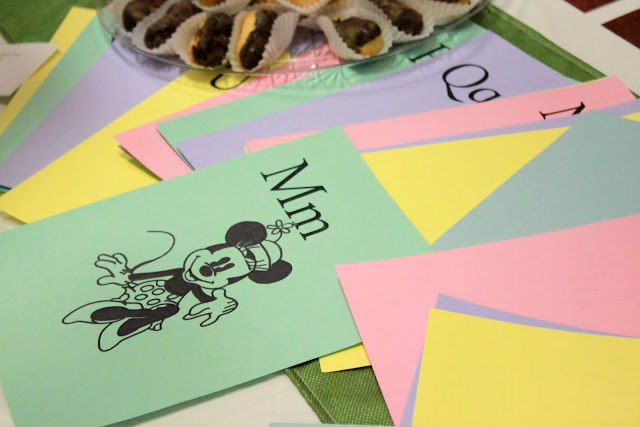 We printed each letter of the alphabet on a piece of cardstock and then asked everyone at the shower to draw a picture of something that starts with that letter. We also encouraged them to leave a little message for baby Katherine and sign their name. 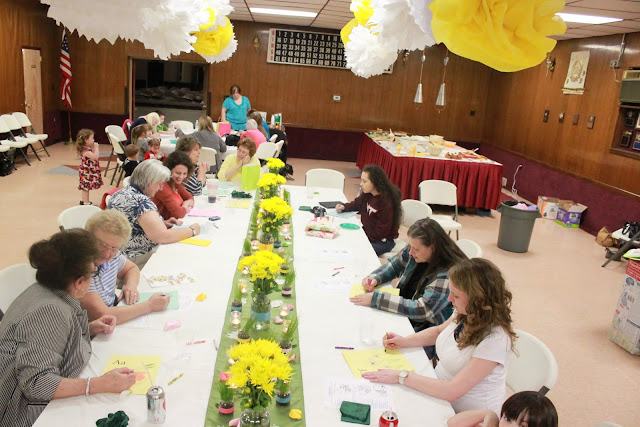 We are going to bind all of the drawings together to create an ABC book for Katherine that was made by her own extended family. 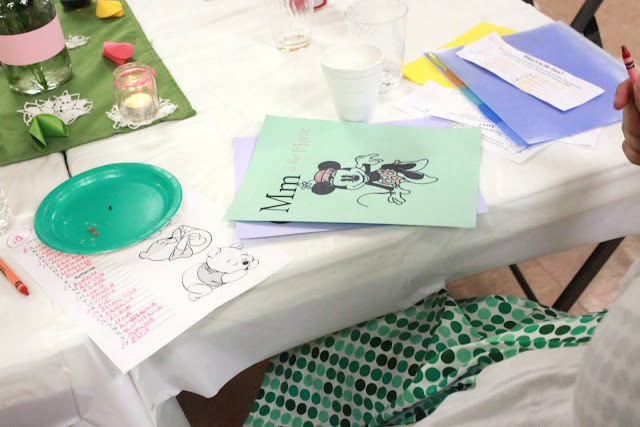 I think it will be super sweet when it's finished and it will be something Katherine can use to learn her ABCs when she's older. :)

And on that note, we're finished with the actual shower! I'll be sharing all about the creation of baby Katherine's quilt & camel sometime this week. I can't wait to share about the history of the camel pattern. SO much fun! 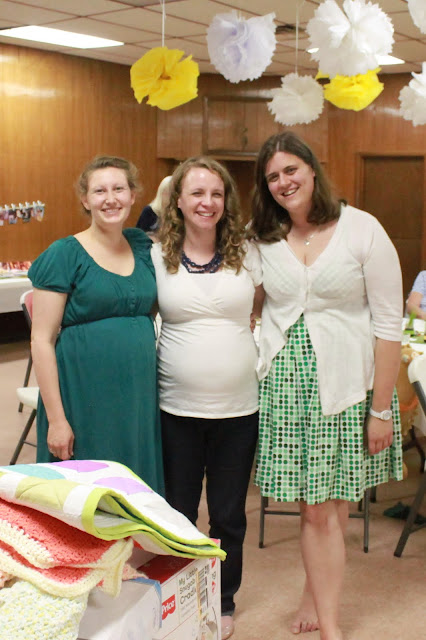 Lastly, I'd like to thank Theresa for being such an awesome shower planning partner. The past few months have been a lot of fun, Pretty Lady! Now, go buy that fabric at Walmart so we can cover your recliner together on Wednesday while watching a happy chick flick. I don't want to have to hand you a tissue when you blubber all over me like last week. ;)
Posted by Unknown at 12:02 AM